YETI ice chest coolers… worth it? Or over-priced hype? Here’s what I found out. Everywhere I look these days, someone has a YETI cooler or tumbler or coozie…. it’s crazy! Seriously, what IS the big deal with YETI coolers? Are YETI coolers overrated? Let’s find out… I ADORE my YETI Tumbler, but what about YETI ice chest coolers?

Are they worth the money? Or is it all hype?

✅ See the YETI cooler in the picture here

The first thing I noticed about YETi coolers is – the PRICE.

Good news, there ARE cheaper cooler alternatives. You also CAN get a cheap YETI if you know where to look.

Or, if you need a high-quality YETI ice chest alternative…

If you think the price of YETI coolers is crazy expensive…you can spend a LOT less on one of these top-rated coolers that are like a YETI, but MUCH more affordable. see the YETI in the picture here

YETI makes really great coolers. Heck, ALL their products are truly outstanding and very high-quality (which they darn well SHOULD be for the price, right!??!)

The newest YETI cooler, this YETI Flip Cooler (in the picture above), is yet another superb cooler from YETI.

What I love about it is that it’s not bulky and it’s easy to carry around with me.

In a hurry? Just looking for a cheap YETI?

✅ These YETI Products Are on Sale Today

Dang, they’re expensive even when they’re on sale… but are they worth the price tag? Here’s everything I found out from my research. Things To Know BEFORE Buying a YETI Cooler This is THE most popular YETI cooler alternative – much bigger and much cheaper – and it’s a best-selling & top-quality ice chest. Super tough and holds ice for days.
Get More Info

I think it’s really important to talk about the “bad” first.

Yes, YETI coolers are “cool” and yep, it seems to be a status thing, but do you really want to spend your hard-earned money on a cooler that is NOT right for YOU?

I know I sure don’t!

Yes, there is a whole lot of “hype” and great marketing with YETI coolers.

That does not mean they are BAD coolers or that they are not worth the money.

It simply means you need to be aware of the hype BEFORE buying a YETI.

First off you really need to know that not EVERYONE loves their YETI cooler.

In fact, there are quite a few interesting ONE star negative reviews of YETI coolers that anyone even thinking about buying a YETI should read BEFORE buying – like this YETI cooler review below:

I read this one specific review that implied that while YETI coolers WERE really great coolers at one time, they’re NOT so great anymore – and then listed all the things that have changed with YETI Tundra coolers.

It was a very helpful review…

You should absolutely read this BEFORE buying a YETI. In fact, one of the comments in that review shared a much better YETI alternative to buy that is flat-out a better cooler in their opinion – and MUCH MUCH cheaper..

This is the YETI alternative they recommended (and bought).

Be sure to note the HUGE difference in price!

When I am researching whether a product is worth my money, or not, I always start with the negative reviews.

I don’t want the fluff and the hypey-happy stuff – I want the truth.

Be sure to read the negative reviews first as well – it’s really helpful. 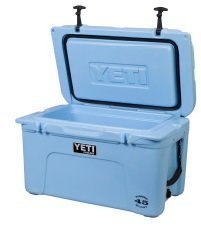 Read All Good AND Bad Reviews of this YETI Here

As you can see, YETI coolers are very expensive – VERY expensive.

This blue YETI cooler you see in the picture is crazy-expensive!

But with YETI products, this is a case of, “You get what you pay for”.

If you really want a YETI cooler, but do not want to pay full price for one…

Check the the page below every day for deals and sales on YETI cooler products.

Now that you are fully-aware of the hype around YETI coolers,

why some people do NOT like their YETI coolers and are mad they bought one,

and your options to get a cheaper price on a YETI…. let’s move on.

Should You Buy a YETI Cooler?

Seriously, I can buy a YETI cooler alternative for $50 or less at my local Walmart – why in the world would I spend hundreds of dollars on a YETI cooler? 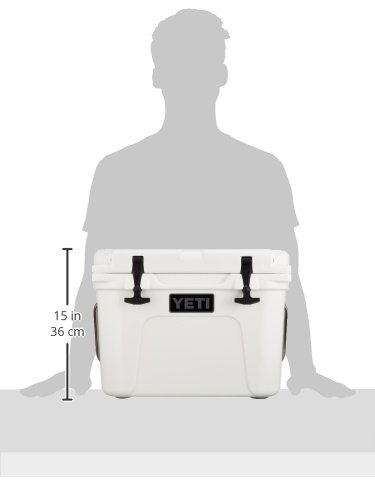 This YETI alternative cooler here is bigger & just as good, if not better, than the YETI above.. and it's MUCH cheaper.

Now, if that YETI cleans my house and does my laundry, oh heck yes, I’ll take FOUR Yeti coolers!

But to use just as a receptacle to keep drinks cold and food fresh?

Hmmmmm….  I had to dig in and research this and read a lot of YETI coolers reviews to see if YETI coolers are really worth the money.

This site here has great deals on YETIs and great info that I found super helpful.

That site made me understand just how AWESOME these YETI coolers really are. It’s not all YETI hype, folks.

Here’s some more info I found that will shed some light on the awesome-ness of YETI coolers…and all YETI cooler review pages and info on YETI products.

YETI claims their coolers are tough and will last forever, but just watch this:

Not completely impressed?  Ok, then…

Crazy, right?  Not thinking MY cooler will have a run in with a 500 lb man OR with a grizzly bear, but good to know my YETI will hold up  =)

More importantly, let’s talk ice. This is where you find that that YETIs are worth it.

How long does ice last in a YETI cooler? Thought about using dry ice in your YETI? Can you even PUT dry ice in a YETI cooler?  Watch this…

This video was super helpful (I watched it here the first time) – this is nuts!

Pack a cooler with just ONE bag of ice and some drinks, put it in the trunk of your car out in the hot sun for FIVE DAYS.

Guess how the YETI did?

When it comes to Grizzly coolers vs YETI coolers… which ice chest wins?

“The Yeti Tundra 45 (actually 37 Q) comes in slightly smaller when compared to a Grizzly 40 Quart cooler (actually 40 Q) yet priced at about $140 more than a Grizzly 40. In terms of ice retention, both coolers we able to make it the duration of the Five Day Ice Challenge, but the Yeti definitely had more ice remaining after five days, as the Grizzly had turned completely to water. “ – source

I first saw this YETI vs Pelican test results here, but here is a video that helps.

YETI Coolers vs Coleman vs Igloo

Speaking of those cheap coolers you can buy online or at Walmart…. how do THEY compare to a YETI cooler?

Sometimes, no matter how awesome something is, we need a cheaper alternative.

If you want a cooler that is like a YETI, but less expensive, read this page here (it really helps).

Here are some coolers that are like YETI coolers but cheaper (and all VERY good ice coolers!)

We’re a BIG FAN of this Igloo Super Tough cooler found here – way cheaper than a YETI cooler of that size.

There are some really good coolers out there at all kinds of price-points that are sure to fit any budget.

Here are some quick links to find the best deals:

YETI Coolers – Worth the Money? 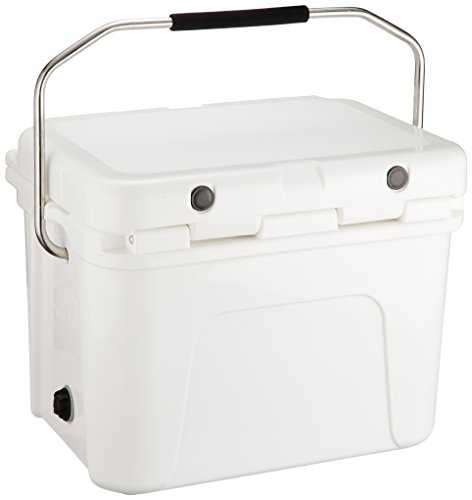 Bottom line – are YETI coolers really worth the money?

As in really truly worth it?

If you need a cooler that is going to keep your food and drinks cold (and safe) for days while you are camping or boating or hiking….

If you’re traveling in your car, RV, camper, etc for a long period of time and you MUST have your food not only cold, but SAFE …

Or, if you simply want THE best cooler for tailgating or at ball games or at the beach…

YES…..  YETI coolers are absolutely worth the money!

Who Should NOT Buy a YETI Cooler

If you only use a cooler once a year in your own backyard to hold ice and beer during a party…. uh no, I wouldn’t get a YETI – unless you absolutely want to impress your guests  =) (I would look into getting a portable ice maker machine tho – they are an excellent and affordable investment when you entertain a lot at home or when camping/RV-ing, on the lake, etc)

And don’t forget… YETI makes a lot of very cool (pun intended) products. We have a few of the Rambler Tumblers and the Colster coozies… we love them all.

Still not convinced? Need more to decide if it’s all YETI hype or not?

YETI coolers are made by the YETI company which is based in Austin, Texas (yes, YETI products are made in the USA). YETI was founded by brothers: Ryan and Roy Seiders in 2006.

– The founders of YETI are brothers – Roy and Ryan
– Roy and Ryan’s father designed and sold fishing rods
– Both brothers are also big fisherman (anglers).
– Roy began in business by making custom fishing boats.
– Ryan owned and operated Waterloo Rods (also sold fishing rods).
– The reason the brothers founded the YETI company? Out of sheer frustration with the current quality of coolers available.

If you’re wondering what size YETI cooler you should get or how many can each size cooler holds, this YETi cooler size chart from this YETI coolers reviews site will help: