5 Clogged Toilet Hacks I Tried – How to unclog a blocked toilet or SUPER clogged toilet without a plunger – 5 things I tried and the ONE thing that finally DID work.

Here are 5 ways to unclog a stopped up toilet to try (and I DID try them) – and then… the ONE thing that WORKED when NOTHING else worked.

It finally happened – a toilet got clogged in the house and I did NOT have a plunger.

The grandkids were here and they use the guest bath that I rarely, if ever, use.

SOMEHOW, they managed to totally clog that toilet and… worse yet, my plunger was NOWHERE to be found.

Seriously, Who LOSES a plunger?!?!? But I did mention grandkids, right? haha!

Even WORSE was that this toilet wasn’t just stopped up – it was SUPER clogged!

I don’t know if we had a super-pooper…

But yep, it was CLOGGED – and I was sans plunger lol!

Completely fill an empty 2-liter bottle with warm water and cover the bottle opening with your gloved thumb.

Then, invert the bottle and position it deep in the mouth of the drain at the bottom of the toilet bowl.

Remove your thumb from the bottle opening and use both hands to squeeze the bottle to force the warm water into the drain, dislodging the clog.

But when I read that you should wear a face mask to cover your mouth and googles and rubber gloves, I TOTALLY lost interest in THAT idea.

I’d really MUCH rather unclog that toilet WITHOUT putting my hands IN it.

So I started looking for other hacks to unclog that stopped up toilet.

Here are the hacks I tried…

and then I’ll tell you what finally DID work – and it was SO easy!

Because I learned a hack for unclogging a toilet the EASY way – and I will NOT forget it!

The first way to unclog a clogged toilet when you do NOT have a plunger I tried is to use dish soap and hot water.

Supposedly, you can also use shampoo – but I use Dawn for EVERYTHING (including the easy way I clean my WHITE Hey dudes) so I was resolved to use Dawn dish soap to unclog the toilet too.

IMPORTANT NOTE: do NOT pour BOILING water into your toilet – that might crack the bowl!

How To Use Dish Soap and Hot Water To Unclog a Toilet When You Do NOT Have a Plunger:

I tried this – and nope, didn’t work for me.

I either did it wrong or my toilet was way TOO clogged for it to work.

So I watched this simple tutorial video and tried it again:

I had to keep trying other ways…

Unclog a Toilet With a HANGER?

I then decided to learn how to unclog a toilet with a hanger.

Here’s how to to use a wire hanger to unclog a stopped up toilet when you don’t have a plunger:

Simply unwind the hanger so that it’s completely straight with the exception of the hook.

Then, wrap a small rag around the hook to help prevent any scratches or damage to the porcelain and, while wearing rubber gloves, gently angle the hanger down the drain until you find the clog.

Even though it kinda grossed me out, I grabbed a wire hanger from my closet, bent it like Bob said, put on my gloves and started digging.

That did NOT work.

All it really did was TOTALLY gross me out!

Ok, this clogged toilet hack kinda shocked me – you can use plastic SARAN WRAP to unclog a toilet when you don’t have a plunger available.

You know, that cling plastic wrap we all have in the kitchen?

Turns out, yep you can!

Supposedly, the pressure from the air under the saran wrap can force a clog to move when you press down on it.

Soooo – off to the kitchen I went to get my Saran wrap and got to sealing the toilet bowl with the plastic wrap.

Once I FINALLY had it all sealed up, I flushed and THEN….

The toilet water started rising and rising…… yuck! and OH NO!

Thankfully, nothing over-flowed, but I’m putting the Saran wrap hack in the NO column.

Use Baking Soda and Vinegar?

Before I jump into this clogged toilet hack, let me say this:

I LOVE using baking soda and vinegar for cleaning!

I use it to get rid of sour laundry smell in my clothes, towels and other laundry.

I use it to clean my glass stovetop.

So when I read that you can use baking soda and vinegar to unclog a toilet without a plunger, you KNOW I was going to try it.

How To Unclog a Toilet With Baking Soda and Vinegar:

That sounds easy enough so I tried it.

And then tried it AGAIN.

NO, it did NOT work to unclog my super clogged toilet.

So there I was – nothing worked.

So HOW to unclog a toilet when NOTHING works?

Let me tell ya how I FINALLY got it unclogged.

As I sat there BAFFLED at how I was to unclog that toilet WITHOUT a plunger and WITHOUT calling a plumber, it suddenly dawned on me that I had a big bottle of this MAGIC drain clog remover stuff I use to unclog the sink, shower and bathtub drains.

I’m tellin’ ya – EVERY house should have this stuff in it at ALL times.

So I went and got it, poured it in the toilet… and walked away.

I came back in about an hour, flushed the toilet and…

The toilet was no longer clogged and was flushing properly again!

This is the magic drain stuff I used:

Back To Top Of: Clogged Toilet Hacks

Go BACK to a specific clogged toilet hack…

What To Read Next: 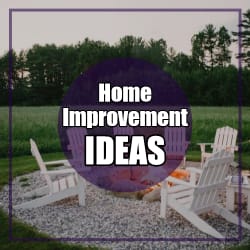